How fast is the FieldTrip buffer for realtime data streaming? 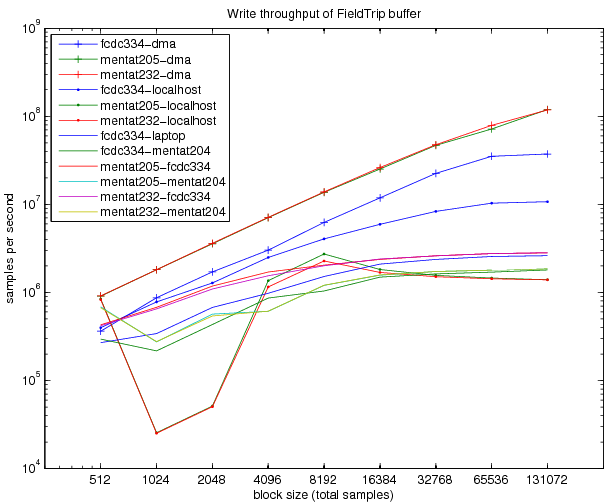 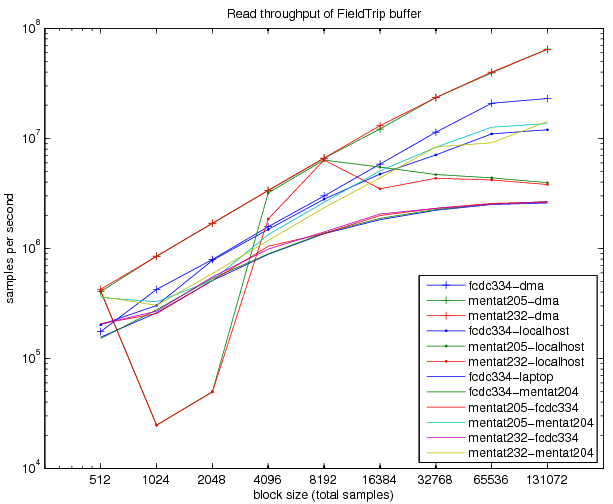 The dramatic dip for the mentat2xx-localhost connections needs further investigation.

Update 19-08-2010: After implementing an alternative communication channel using local UNIX domain sockets, here is an updated figure for a single 64-bit Linux machine. Communication over local domain sockets is generally faster, but most importantly, it is more consistent across blocksizes and scales linearly like the DMA throughput. 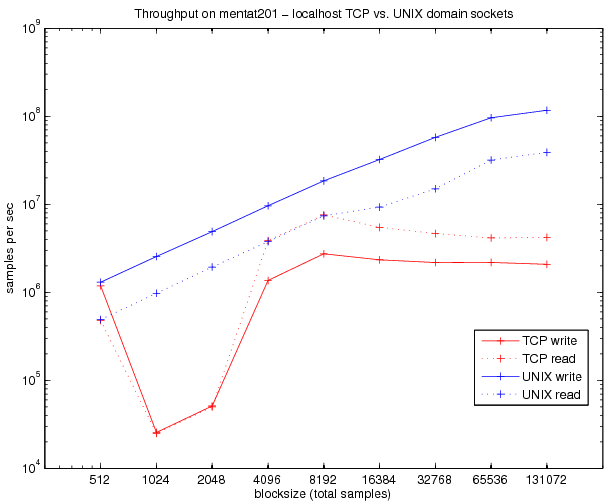 The benchmarking results presented in the table below were determined with the demo_buffer and the test_benchmark command-line executables, both present in the directory fieldtrip/realtime/buffer/test. Both applications were running on the same computer, i.e. using the local TCP stack. The blocksize below is the number of channels times the number of samples per block in each write request. The result is expressed in samples per second, and was measured over multiple seconds. Each sample is 4 bytes.

The tests have been performed on and between the following computer

Writing to localhost on powerbook

Writing to localhost on manzana

Writing to localhost on fcdc273

Writing from fcdc273 to manzana

Determine the bandwidth/throughput in MATLAB

Note that the MATLAB interface to the buffer does not allow you to use a statefull connection or a DMA connection, it only provides the stateless TCP connection.

Determine the time of a single write operation in MATLAB

The following code can be used to determine the time of a single write operation.