How should I get started with the FieldTrip realtime buffer?

The fastest and best way to get started is to try out something really simple. This does not require MATLAB.

Unless otherwise specified, this assumes that you are using an Intel-compatible computer.

The buffer application does not show anything, it only starts the buffer, which subsequently starts listening to network requests on port 1972 (the default port). On the DOS or Unix command line you are able to specify another port, but that is not required here. 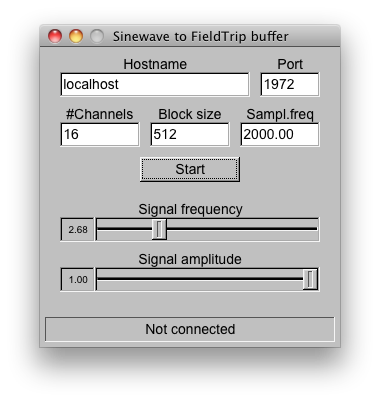 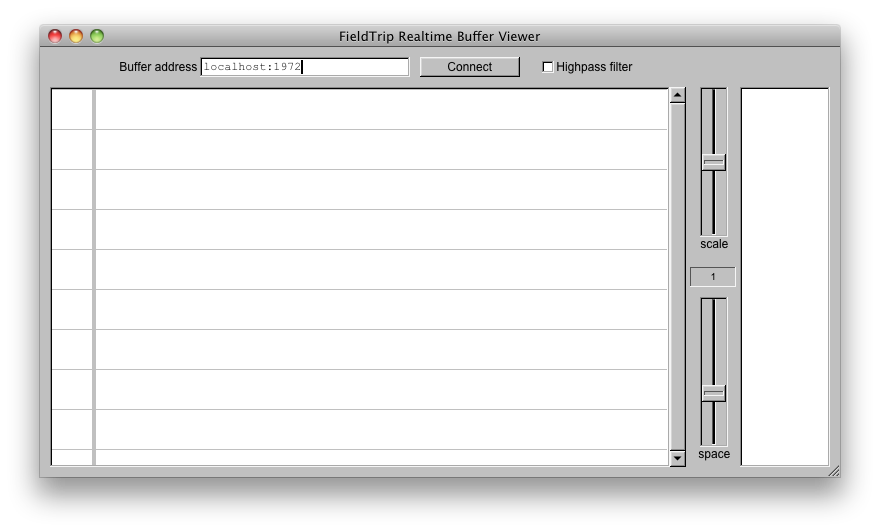 If you click “start” in the sine2ft window, and subsequently “connect” in the viewer window, you will see that data starts streaming from sine2ft->buffer->viewer. 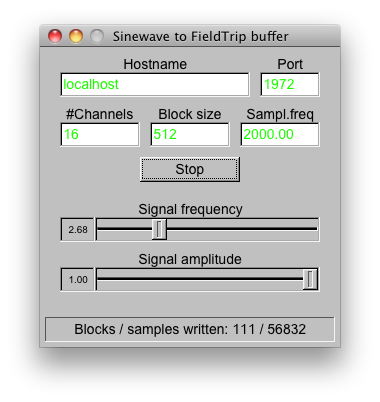 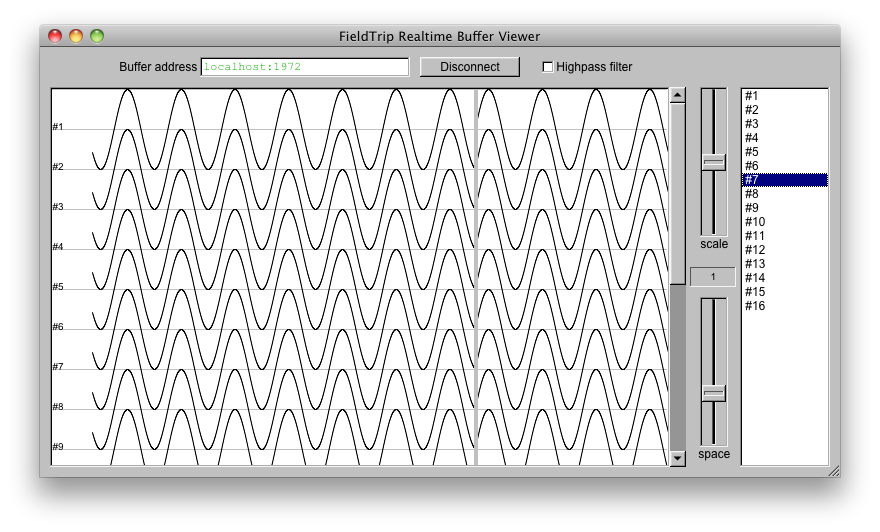 Subsequently you could start MATLAB, while keeping the three programs running, and run the followin

which will show something like this, being updated every second.

You should see hdr.nSamples increasing over time.

Subsequently you could do

to see the amount of data in the buffer steadily increasing over time. Note that all channels have exactly the same value, hence you will only see a single sine wave. 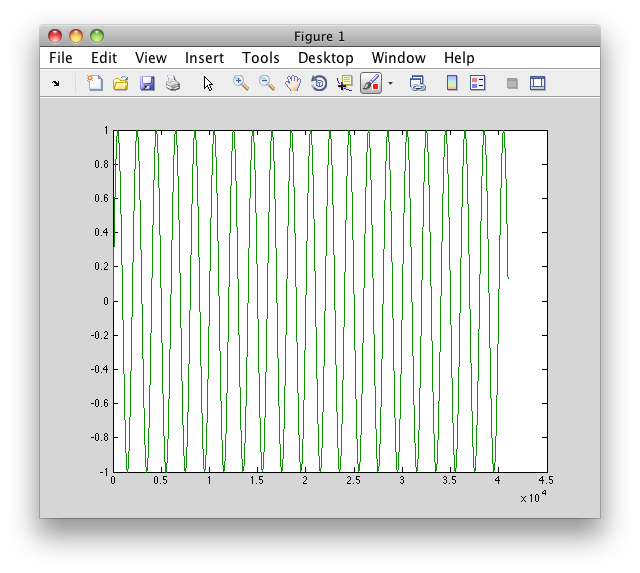 After a certain amount of time, the ring buffer will fill up and start wrapping around. From that point onward you will not be able to read the data all the way back from sample 1.

You can combine the ft_read_header and ft_read_data calls to plot only the data of interest. You can also use ft_read_event to determine triggers, and based on those process certain pieces of data.

The getting started with realtime analysis documentation provides a more elaborate starting point. You might also want to click on the “realtime” tag at the top of this page, which will show you all other pages that share the same tag.