Streaming realtime EEG data to and from Arduino

The following is a scratch pad for a demo that I (=Robert) have prepared for the BrainGain public showcase event. It consists of three Arduino devices, a Raspberry Pi and and a number of laptops. The flow of the data is as follows:

The purpose of this device is to simulate an online data stream using a gravity sensor. By shaking the box, the (x, y, z) signals will fluctuate. This is sent over bluetooth to a computer, which can visualize and/or process the continuously sampled signal as if it were normal EEG.

It is based on a Sparkfun Pro Micro 3V3. The connection to the “EEG acquisition” computer is through a BlueSMiRF bluetooth modem. The realtime signal is provided by a triple axis accelerometer module.

The Bluetooth module was configured with the following settings. See http://www.sparkfun.com/datasheets/Wireless/Bluetooth/rn-bluetooth-um.pdf

The purpose of this device is to demonstrate that an arduino with ethershield is capable of connecting to a FieldTrip buffer over TCP/IP, read the data and do something with it. This device is connected with Ethernet, reads some data and passes it on using a wireless RFM12b (433/886 MHz) connection.

The SPI interface for the Arduino Pro Mini is on

The connections for an Arduino Uno to an RFM12B module are given here, here and here.

I am using the DIP version of the RFM12B module. The pin connections ar

The purpose of this device is to demonstrate that something can be controlled. It reads the control signal using a wireless RFM12b (433/886 MHz) connection and visualizes it with a 10-segment LED array. Instead of driving the LED array, it could also act as a switch or drive a servo motor.

It is based on a 5V Arduino Mini.

Wireless connectivity is provided by a RFM12B module and uses this library. 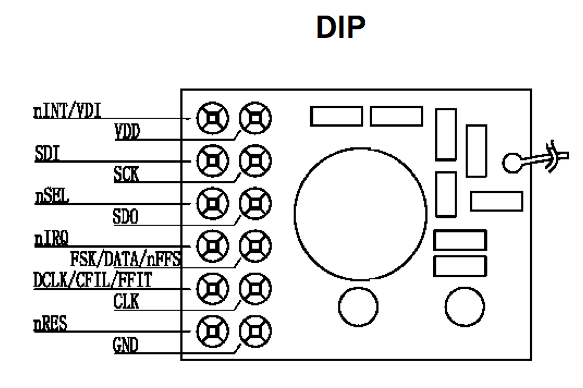