The Neuralynx electrophysiology system is used at the DCCN for high-density recordings of LFP and spike activity of up to 256 channels. Furthermore, at the DCC a 32 channel Neuralynx setup is used.

The acquisition setup consists of the Digital Lynx amplifier hardware and the Cheetah acquisition software. The Cheetah software runs on a Windows computer that is connected with the amplifier through a fiber-optic cable. 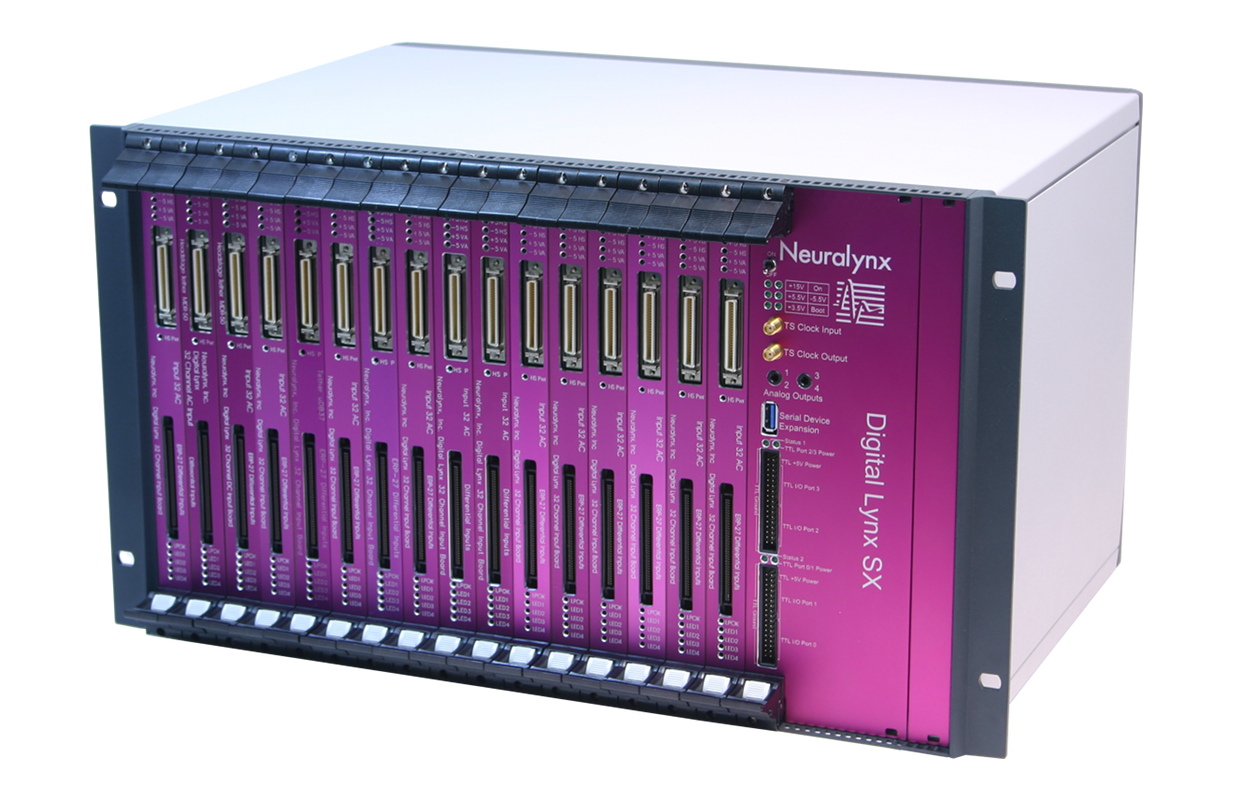 The ft_realtime_neuralynxproxy function implements the interface between the Cheetah software and the FieldTrip buffer. Using the dll files that have been made available by Neuralynx, it reads the data and event streams over the network from the Cheetah system and copies them into the buffer. The ft_realtime_neuralynxproxy function should be started in a stand-alone MATLAB session because Neuralynx only provides the dlls for Windows.

There is also an older attempt implemented in the code which allows to access the data in pseudo-real time while it is written to disk (i.e. end-of-file chasing). It turned out that that resulted in highly varying delays of up to 10 seconds and therefore we did not pursue this further.

There’s a new tool called nlx2ft which operates with the same principle as ft_realtime_neuralynxproxy, but achieves much lower blocksizes + latencies due to being written in C and using separate threads for grabbing the data and streaming it out again. Currently nlx2ft can only write the data to a FieldTrip buffer over TCP (as opposed to spawning its own buffer server). The sources and the Windows binary are available in the “realtime/datasource/neuralynx” directory, and those are the steps to use i

On the command line (Windows), change to the “realtime/datasource/neuralynx” directory and type “make” or “mingw32-make”, depending on the setup of your MinGW compiler. Note that you might need to compile the libbuffer library first.