When visualizing source reconstructed activity, one can interpolate the activity maps onto a subject-specific anatomical image, using ft_sourceinterpolate. Subsequently, the interpolated activity can be spatially normalized (using volumetric normalization) using ft_volumenormalise. The activity can also be rendered onto the cortical surface. FieldTrip includes a set of template surfaces that have been derived from the “colin27” brain (in MNI152 space) with FreeSurfer. These surfaces have been derived from the SPM Canonical Brain.

You can find the anatomical templates included in FieldTrip here.

The FreeSurfer cortical sheets can be downloaded from the SurfRend toolbox website. The mat-files that are in FieldTrip have been obtained using ft_read_headshape. The following sheets are included:

FieldTrip versions 9031-9400 (Dec 13, 2013 - April 12, 2014) contain the surfaces in an incorrect coordinate system. The consequence of this is that the on-the-fly interpolation and rendering of source reconstructed data onto the cortical sheets (using ft_sourceplot) was incorrect. This has been fixed in revision 9401. The figures below show an overlay of the current (r.9401) cortical sheet surface_white_both with the single_subj_T1_1mm.nii. The incorrect coordinate system was due to not taking into account that the original surfaces were expressed in the FreeSurfer coordinate system. The correction that had to be taken into account was the xfm matrix in spm_CanonicalBrain from the spm-surfrend toolbox. 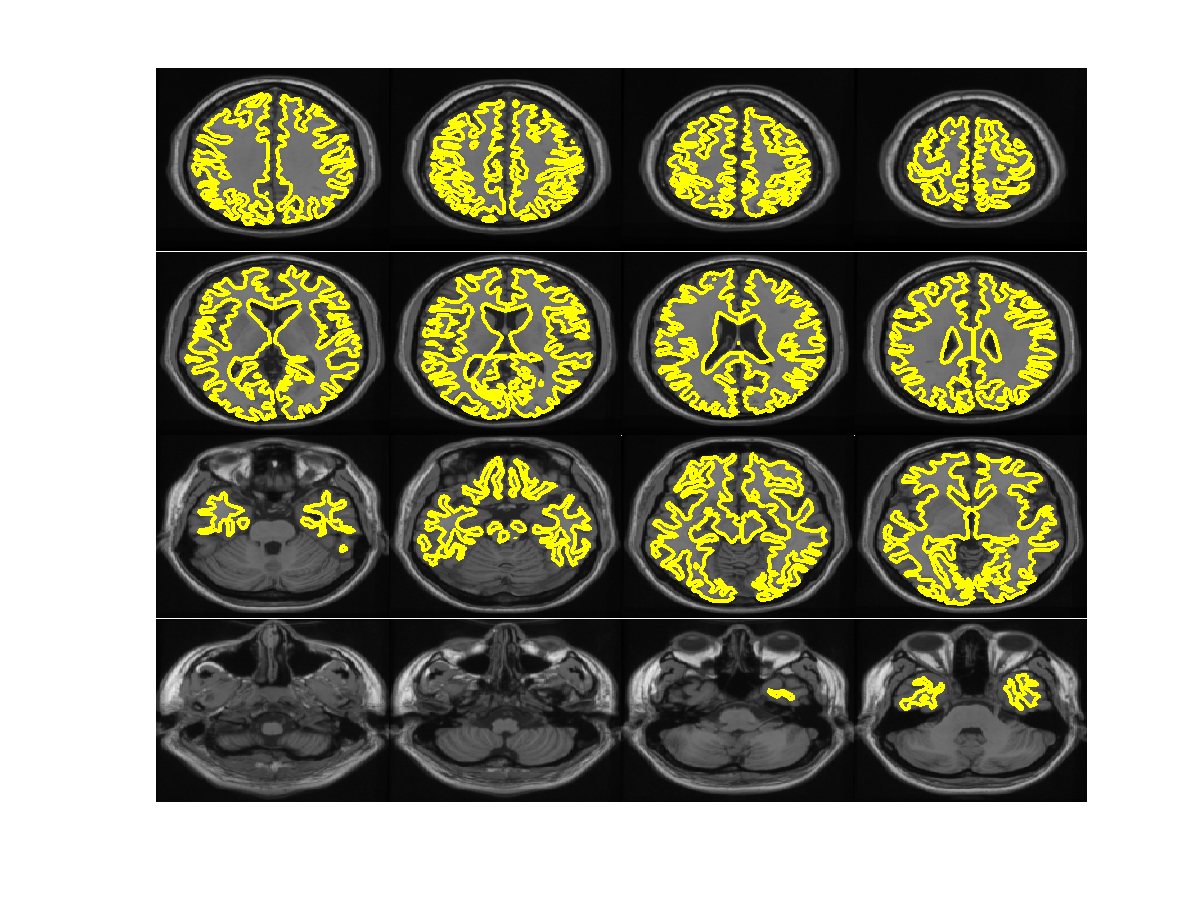 The volumetric image fieldtrip/template/anatomy/single_subj_T1_1mm.nii is the “colin27” brain at 1 mm resolution downloaded from http://www.bic.mni.mcgill.ca/ServicesAtlases/Colin27.

The volumetric image fieldtrip/template/anatomy/single_subj_T1.nii is a downsampled version of single_subj_T1_1mm.nii, obtained with ft_volumedownsample, using cfg.downsample=2. The anatomical volume was written back to disk, using ft_volumewrite.