This tutorial goes through the necessary steps for creating a robust forward model for EEG source reconstruction.

It is part of the Oslo 2019 workshop tutorials, where tutorials can be found on preprocessing and ERPs, time-frequency representations, statistics and source reconstruction.

The data for the tutorial is available here

To do source reconstruction, a so-called forward model is needed. The forward model constrains the solution space for the inverse models (source reconstructions) that we may wish to apply to our data sets. If we had no constraints at all, there would be an infinite number of solutions (inverse models) that would satisfy the problem that we are trying to solve, which is: which are the latent/unobserved variables (sources) that give rise to the observed variables (the time courses observed on electrodes, i.e. the EEG data). By constraining the solution in sensible ways and applying sensible algorithms we can find a unique solution for the inverse model. In this tutorial, we will focus on constraining the solution, i.e. providing a sensible forward model. The application of sensible algorithms is the source reconstruction presented by Britta Westner yesterday.

Optimally, we have individual Magnetic Resonance Images (MRIs) available for each subject. If this is not so, it is also possible to use a template brain for source reconstruction. See here. In this tutorial we will assume that you have individual structural MRIs at your disposal.

There are four components of a forward model

Note that the forward model is completely independent of the actual EEG data.
All it models is how a source given that it was active with a given current (1 Am), would be seen at the sensor level.

The challenge of coordinate systems

One challenge that we will face is that the source model and the head model are going to be based on the MRI data where positions are going to be expressed in the scanner’s coordinate system, whereas the sensor description is based on a another coordinate system. In our case, they were digitized using a so-called Polhemus system, where the coordinate system is centered on an x-axis which runs between the pre-auricular points on the ears of the subject. The y-axis runs through the center point of the x-axis and towards the nasion of the subject. Finally, the z-axis is perpendicular to the x- and y-axes. The three points, the pre-auricular points and the nasion are together called the fiducials.

We need to bring these two coordinate systems together before we can create a sensible forward model. The first step, however, is to read in the MRI data.

Read in and visualize the MRI data

The anatomical MRI data available here comes directly from the scanner in the DICOM format (read more about the DICOM format here. You can download dicom.zip. Please unzip the files in a folder called dicom, which should be put in the folder where you have the other scripts used for the Oslo 2019 tutorials.

DICOM datasets consist of a large number of files, one per slice. As filename you have to specify a single file, the reading function will automatically determine which other slices are part of the same anatomical volume and put them in the correct order.

We read in the data using ft_read_mri

And plot it using ft_sourceplot with an empty cfg. This is the same function that can be used to overlay MRIs with functional data. 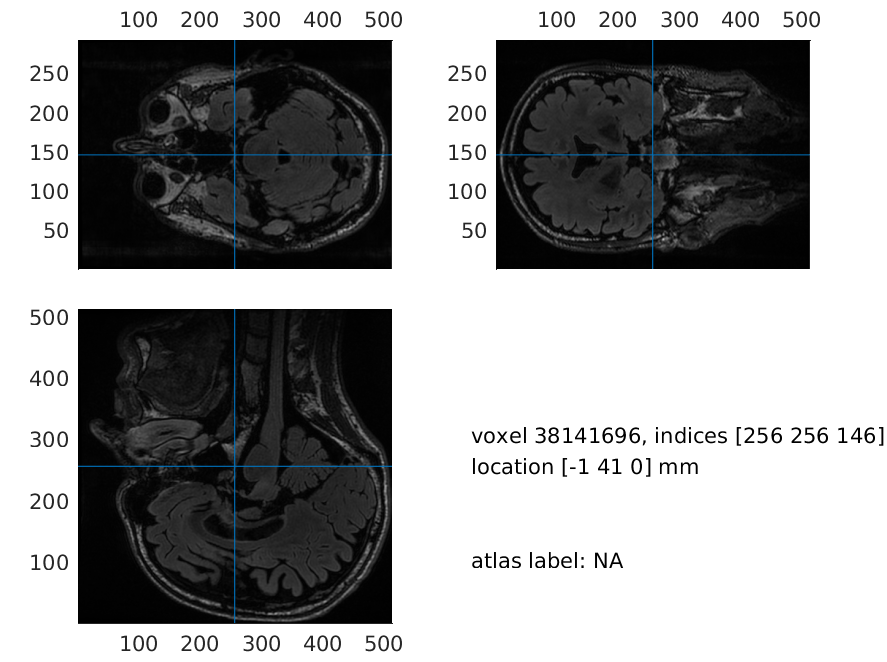 Figure 1: Plot of the original MRI

Co-register the anatomical MRI to the EEG

The next step is to bring the two coordinate systems (DICOM and Polhemus) together. Choosing interactive for cfg.method allows us to click on the fiducial points on the MR image. We choose neuromag as our coordinate system here, which has its origo at (0, 0, 40) in the coordinate system digitized by the Polhemus.

In this case, we also have extra head shape points digitized with the Polhemus system. We are going to better the co-registration using these as well. If the initial looks okay (e.g., nose points are around the MRI-nose), then just press quit, and the Iterative Closest Point algorithm do its work (cfg.headshape.icp)

We follow this up by a check running ft_volumerealign again 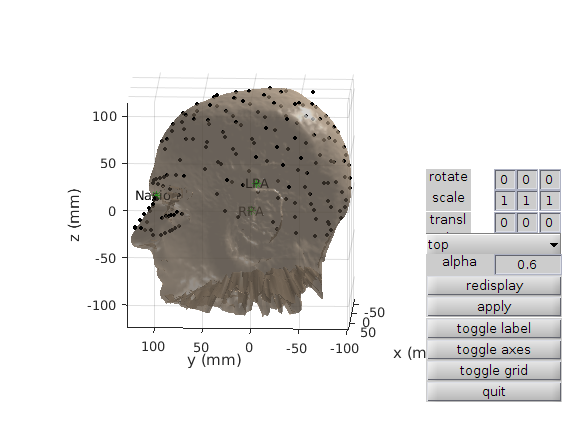 Figure 2: Plot of the co-registration after applying Iterative Closest Points on the Polhemus head shape points

A version of mri_aligned_headshape is already included in the FTP. Using this, you will achieve the same solutions as us, but do try to do the co-registration yourself as well.
Note also that neuromag coordinates are seen under the voxel indices when you run ft_sourceplot on mri_aligned_headshape.

We reslice the MRI on to a 1x1x1 mm cubic grid which is aligned with the coordinate axes. This is convenient for plotting,

and when we plot it now, the axes are more conveniently located - note that everything could have been done with the “flipped” images as well. 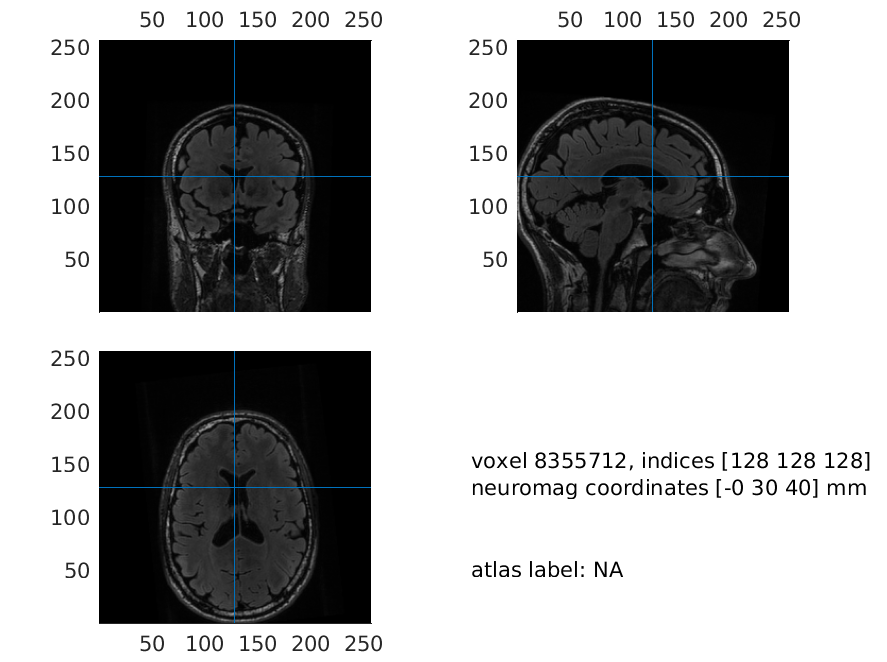 Figure 3: Plot of the resliced MRI, where axes are located in a more convenient manner

Make sure that the coordinate system is correct, i.e. up is z-positive, anterior is y-positive and right is x-positive

The next step is to segment our coregistered and resliced MR image into the three kinds of tissues that we need to care about in our forward model for EEG data, namely the brain tissue, the skull tissue and the scalp tissue. We use ft_volumesegment for this. (This function relies on implementations from SPM)

From this segmentation, we will now create a mesh for each of the three tissues.

and we will plot them 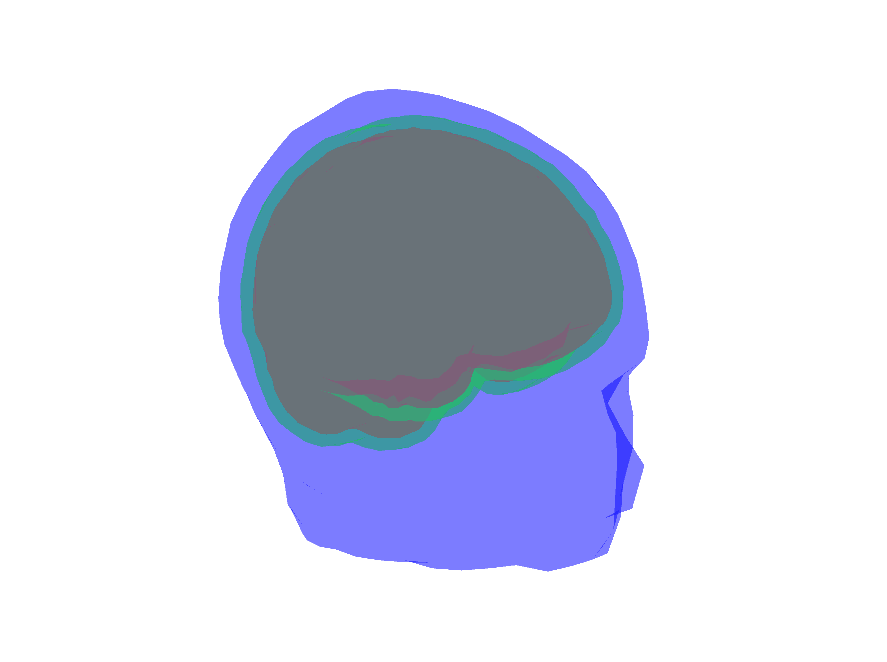 Figure 4: Plot of the three meshes (_brain, skull _and scalp)

We will now use these non-intersecting meshes to specify the head models, which will later be used to indicate how currents spread throughout the volume conductor. We create two models, one with the bemcp method and one with the dipoli method. For the article on the dipoli method, see Oostendorp & van Oosterom, 1989 and for an article on the bemcp method, see for example Mosher et al., 1999. Do note that the dipoli method will not work on a Windows computer. The headmodel_dipoli can be downloaded at the ftp instead. The best choice is to use OpenMEEG, (cfg.method = ‘openmeeg’). This requires some manual installation and setting up, so it is not covered here.

Now let’s set the headmodel that we are going to use for now, starting with headmodel_bem

and let’s plot it 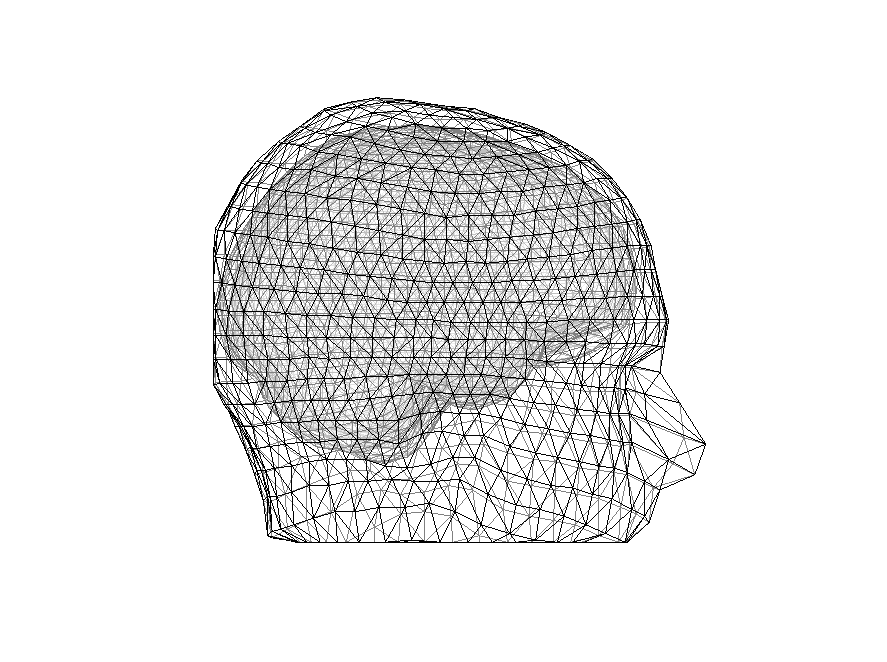 Figure 5: Plot of the head model with the three meshes (_brain, skull _and scalp). Use the zooming tools to see the differences between the different tissues.

Getting electrodes in the right position (component 2)

Now, we will load the electrodes description elec.mat that we have gotten from our Polhemus data and convert units to SI.

and then plot them 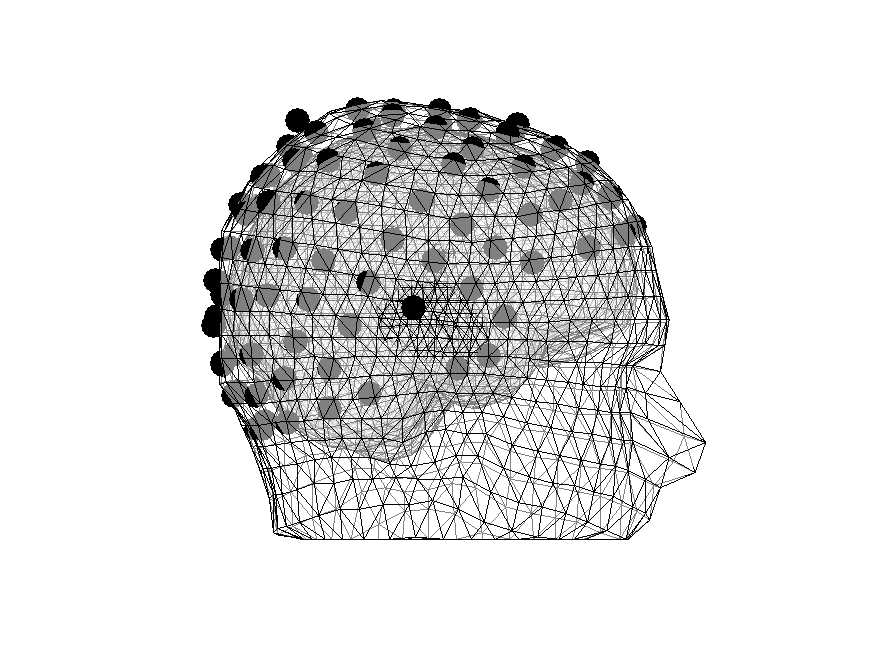 Figure 6: Some electrodes are inside the head 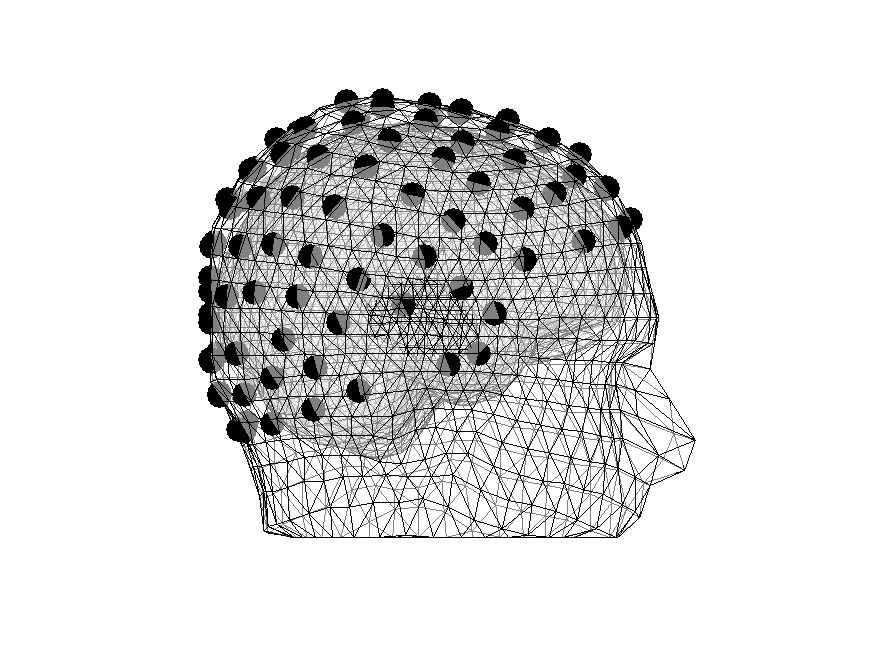 Figure 7: Electrodes are in meaningful places

The next step is to create a source model that indicates where our sources are. For beamformer and dipole analyses, so-called volumetric grids will do just fine. (For Minimum Norm Estimates, a source model, where sources are constrained to the cortical surface is needed, see for example this tutorial) 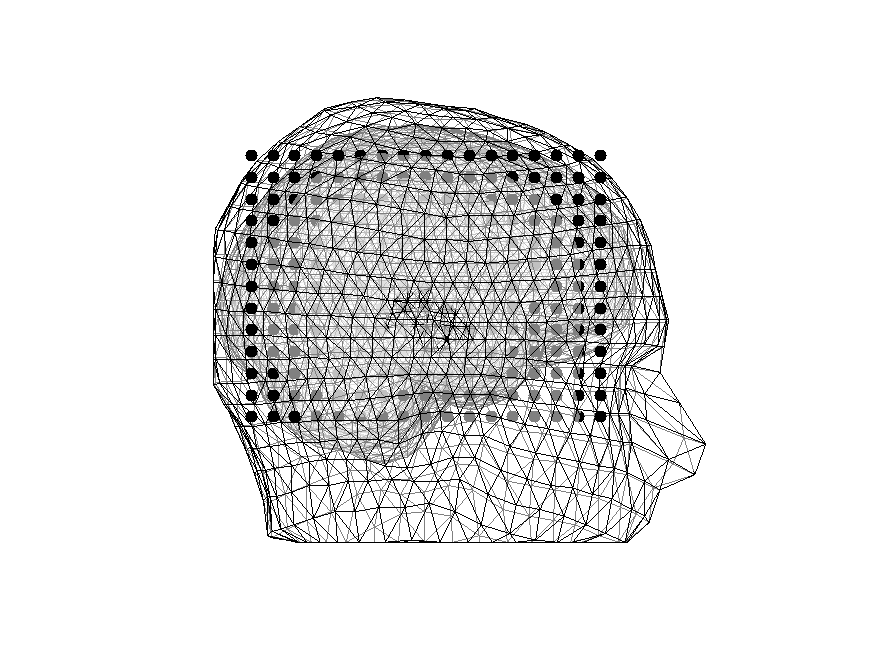 and highlight the sources inside the brain (in red) 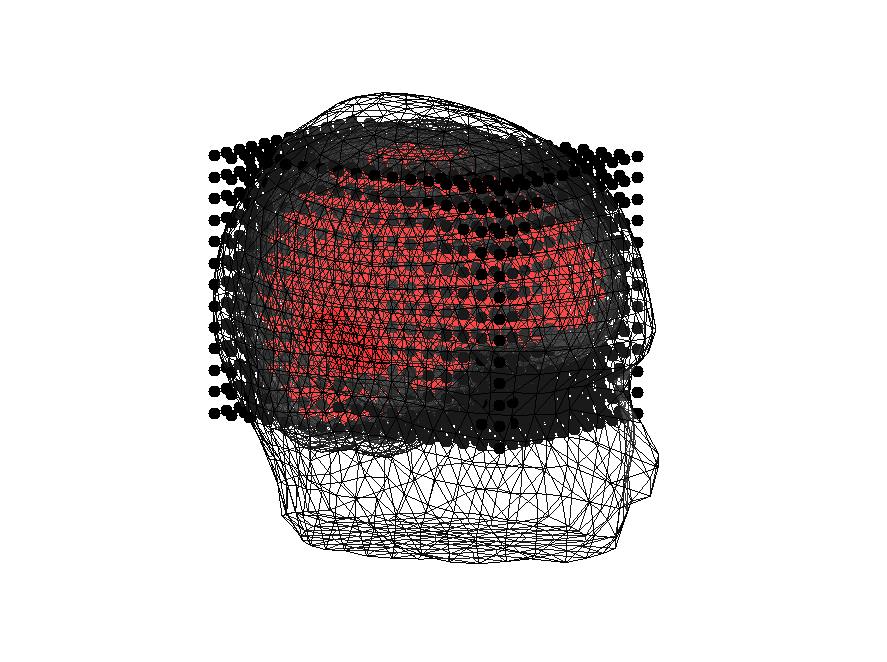 Figure 9: Head model overlain with sources outside (black dots) and sources inside the brain (red dots)

Let’s have a look at the output of sourcemodel_and_leadfield

It is always recommended to plot the lead fields alongside the electrodes and head model to see if things look okay.
The code for this takes a bit more work as can be seen by the length of the code below. Note that we use a realistic source current of 100 nAm (sensory_dipole_current)

Figure 10: Lead fields in the XYZ-_directions for_ headmodel_bem for a superficial source. Note that there is something wrong. 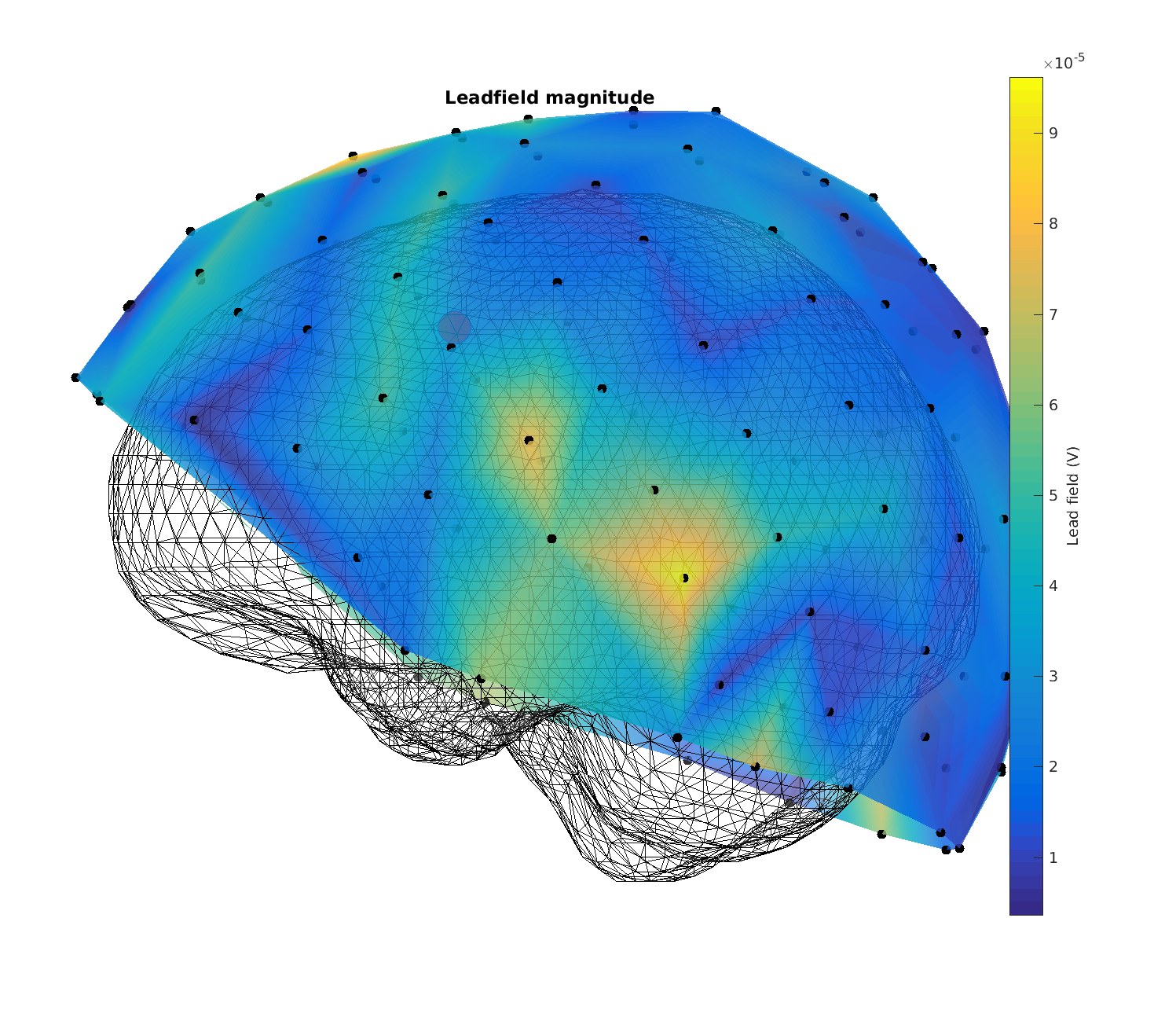 Figure 11: Magnitude of the lead fields for headmodel_bem for a superficial source. Note that there is something wrong.

Here it is quickly seen that something is awry… (the topographies are not smooth, and the lead fields are of too great a magnitude (millivolts))

Figure 12: Lead fields in the XYZ-_directions for_ headmodel_dipoli for a superficial source 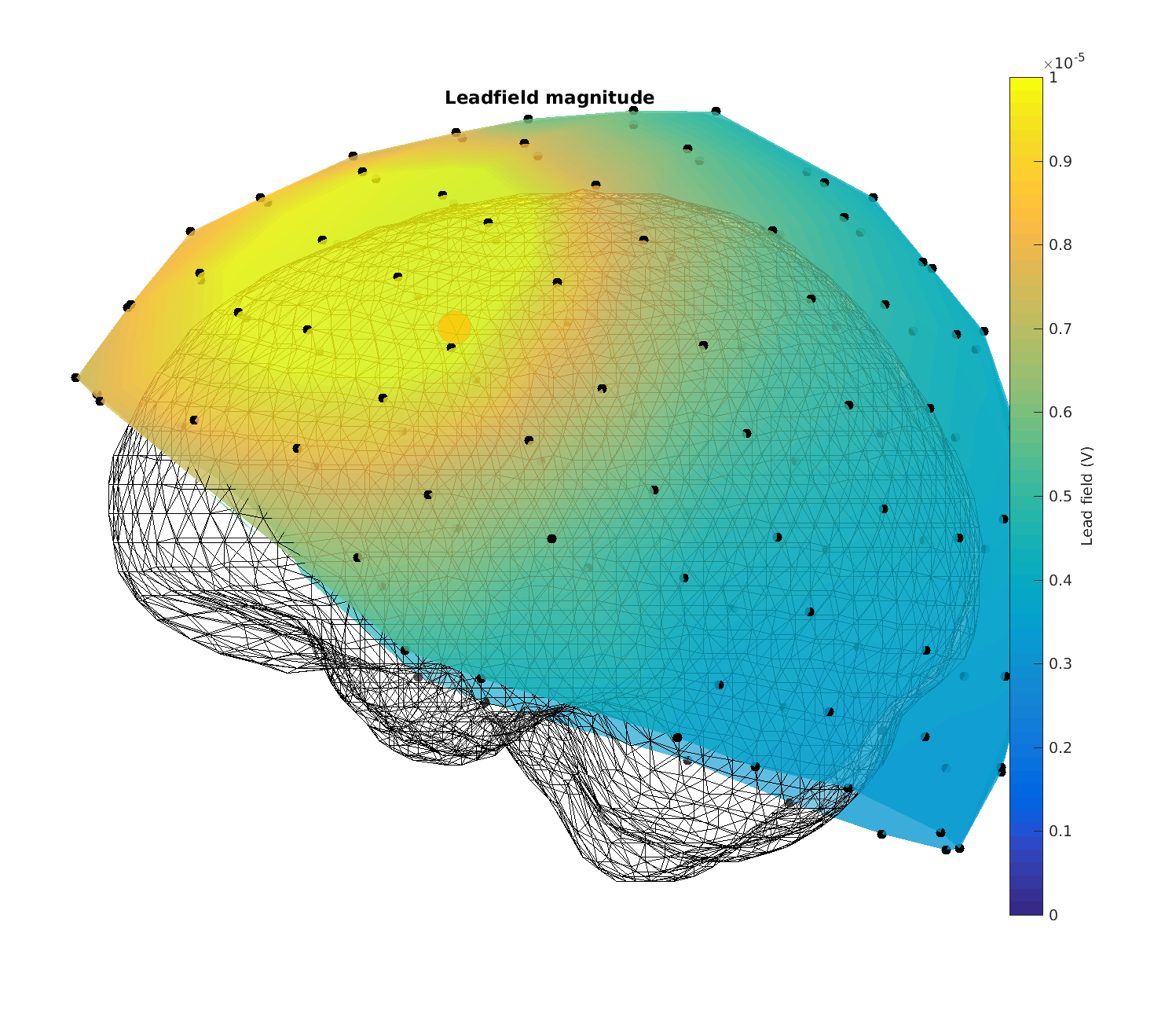 Figure 13: Magnitude of the lead fields for headmodel_dipoli for a superficial source

When plotting the lead field topographies, try to change source_index and sensory_dipole_current to change the topography and get a feeling for how it works. Also change the source index (will work for a number between 1 and 1659)

Do always check the lead field of both a superficial source, as this is where errors are most prone, and a central source. If you see errors for the superficial sources, you can use cfg.inwardshift from ft_prepare_sourcemodel as this removes sources from the outermost parts of the brain

We can also plot the vectors - note that they are more or less normal to the scalp surface. Also note that we are using an unrealistic source current here, 1 mAm. This is just to make sure that they are visible. Do play around with it to see its effect. 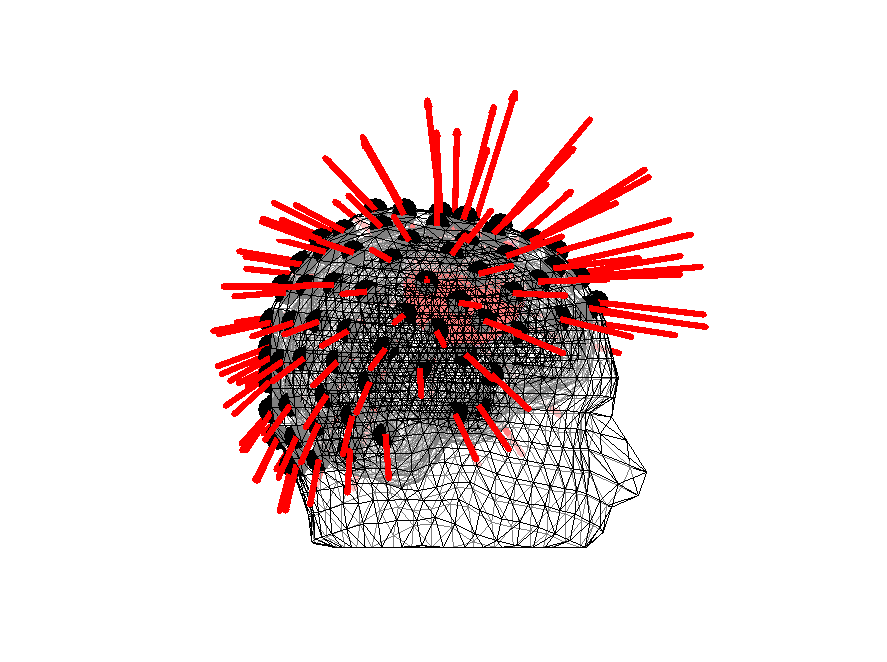 Figure 14: Orientations of the lead fields for headmodel_dipoli for a superficial source

The bemcp algorithm might have failed due to the meshes overlapping (brain, skull and scalp). One way to test this is to increase the number of vertices when creating the meshes at the expense of an increase in processing time. I tested it with a fine head model where all the meshes had 10,000 vertices. This also didn’t succeed. In other cases, you might succeed, so it might be worth trying. One reason that it might fail is that the segmented surfaces are “too” thin at places. The following code will exemplify this. First, we create a “binary” mri, where brain, skull and scalp are expressed binarily. Then a combined field is created.

We subsequently plot this combined field at a location where the skin is very thin. Please have a look around and ascertain for yourself that these thin places exist 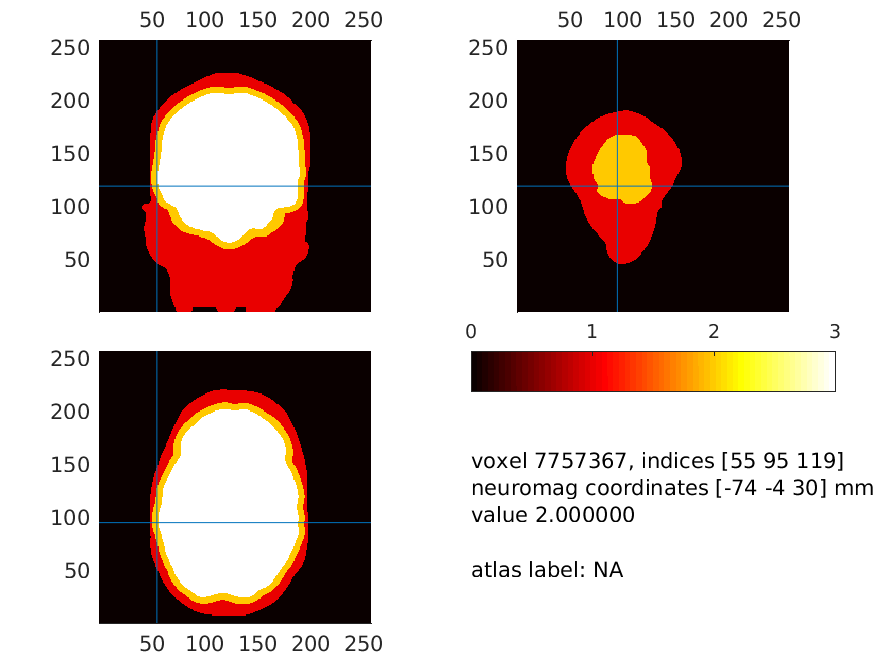 Figure 15: The brain (white), skull (yellow) and scalp surfaces (red). Notice how thin the scalp is at places, which will make the potentials (in the model) escape from the skull to the air around it directly

Which BEM algorithm to use?

If possible, you should use the OpenMEEG algorihtm implemented in FieldTrip (in ft_prepare_headmodel use cfg.method = ‘openmeeg’. This may require some careful installation before it works, and it only works on Linux and Mac systems.

If you cannot make this work, then dipoli, which also only works on Linux and Mac systems (at the moment) is your next choice, and finally bemcp which works on all platforms.