This tutorial describes how to define epochs-of-interest (trials) from MEG data, and how to apply the different preprocessing steps. This tutorial does not show yet how to analyze (e.g., average) your data.

There are largely two alternative approaches for preprocessing, which especially differ in the amount of memory required. The first approach is to read all data from the file into memory, apply filters, and subsequently cut the data into interesting segments. The second approach is to first identify the interesting segments, read those segments from the data file and apply the filters to those segments only. The remainder of this tutorial explains the second approach, as that is the most appropriate for large data sets such as the MEG data used in this tutorial. The approach for reading and filtering continuous data and segmenting afterwards is explained in another tutorial.

Preprocessing involves several steps including identifying individual trials from the dataset, filtering and artifact rejections. This tutorial covers how to identify trials using the trigger signal. Defining data segments of interest can be done

Examples for both ways are described in this tutorial, and both ways depend on ft_definetrial.

The output of ft_definetrial is a configuration structure containing the field cfg.trl. This is a matrix representing the relevant parts of the raw datafile which are to be selected for further processing. Each row in the trl matrix represents a single epoch-of-interest, and the trl matrix has at least 3 columns. The first column defines (in samples) the beginpoint of each epoch with respect to how the data are stored in the raw datafile. The second column defines (in samples) the endpoint of each epoch, and the third column specifies the offset (in samples) of the first sample within each epoch with respect to timepoint 0 within that epoch.

Details of the MEG language dataset

In the study applied here, the subjects were seated in a relaxed position under the MEG helmet. Their task was to attentively listen to spoken sentences. They were informed that some of the sentences would be semantically anomalous. Acoustic transducers were used to deliver the auditory stimuli. After a 300-ms warning tone, followed by a 1200 ms pause, a sentence was presented. Every next trial began 4100 ms after the offset of the previous sentence. To reduce eye blinks and movements in the time interval in which the sentence was presented, subjects were instructed to fixate on an asterisk presented visually 1000 ms prior to the beginning of the sentence. The asterisk remained on the screen until 1600 ms after the onset of the spoken sentence. Subjects were encouraged to blink when the asterisk was not displayed on the screen.

MEG signals were recorded with a 151-channel CTF system. In addition, the EOG was recorded to later discard trials contaminated by eye movements and blinks. The ongoing MEG and EOG signals were lowpass filtered at 100 Hz, digitized at 300 Hz and stored for off-line analysis. To measure the head position with respect to the sensors, three coils were placed at anatomical landmarks of the head (nasion, left and right ear canal). While the subjects were seated under the MEG helmet, the positions of the coils were determined before and after the experiment by measuring the magnetic signals produced by currents passed through the coils.

The MEG data are stored as epochs or trials of fixed length around each stimulus trigger, i.e. the file does not represent a continuous record of the data and the data in the inter-trial-interval is not stored. The consequence is that the data cannot be represented as a continuous record, as at the epoch boundaries there is a discontinuity. See also the background on the CTF MEG system.

Magnetic resonance images (MRIs) were obtained with a 1.5 T Siemens system. During the MRI scans ear molds with small containers filled with vitamin E marked the same anatomical landmarks. This allows for realignment of the MRIs to the MEG coordinate system according to the anatomical landmarks.

The following steps are taken in this tutorial:

Reading and preprocessing the interesting trials

Using the FieldTrip function ft_definetrial you can define the pieces of data that will be read in for preprocessing. Trials are defined by their begin and end sample in the data file and each trial has an offset that defines where the relative t=0 point (usually the point of the stimulus-trigger) is for that trial.

This results in a cfg.trl that contains the trial definitions of all conditions (since we specified all three trigger values: 3, 5, and 9). In cfg.trl the beginning, the trigger offset and the end of each trial relative to the beginning of the raw data are defined. Additionally, cfg.trl contains a column that contains the trigger values, i.e., it tells you to which condition each trial belongs.

The output of ft_preprocessing is the structure data_all which has the following fields: 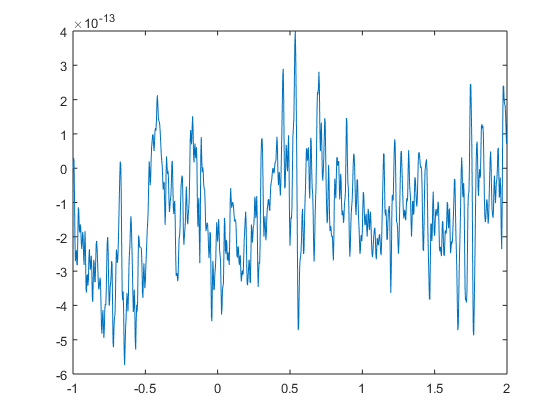 You can split up the conditions by selecting trials according to their trigger value in data_all.trialinfo.

Save the preprocessed data to disk

These functions demonstrate how to extract trials from a dataset based on trigger information. Note that some of these trials will be contaminated with various artifact such as eye blinks or MEG sensor jumps. Artifact rejection is described in Preprocessing - Visual artifact rejection

Use your own function for trial selection

There are often cases in which it is not sufficient to define a trial only according to a given trigger signal. For instance you might want to accept or reject a trial according to a button response recorded by the trigger channel as well. Another example might be that you want the signals from the EMG or A/D channel being part of the trial selection. In those cases it is necessary to define a specialized function for trial selections. In this example we only select trials of which the previous trial was of a different condition. First, the condition of the current and the preceding trial are noted in the trial information. At the end, all trials in which these are the same, are removed. This is helpful when for example, you are interested in sequential trial effects, like: Is the signal different when it was preceded by a trial of type A rather than a trial of type B?

Save the trial function together with your other scripts as mytrialfun.m. To ensure that ft_preprocessing is making use of the new trial function use the commands

When you do not specify cfg.trialfun, ft_definetrial will call a function named trialfun_general as default. Then trials will be defined as we have seen it in the earlier section (Reading and preprocessing the interesting trials).

The output structure dataMytrialfun now contains fewer trials than before: only 192 instead of 261. Thus, we discarded 69 trials that had the same condition in the previous trial. The field dataMytrialfun.trialinfo contains the 4th column of the trl (trial definition) (trigger values of the current trial), and the 5th column of the trl (trigger values of the previous trial).

More on the trialinfo field can be found in the faq.

After having finished this tutorial on preprocessing, you can continue with the event-related averaging or with the time-frequency analysis tutorial.

If you have more questions about preprocessing, you can also read the following FAQs: